We find out all about Jedd and how he came to become a film critic and his thoughts on movies and film criticism as a whole.

The three boys give their reviews on Fast and the Furious 8 and Guardians of the Galaxy vol. 2. It’s a wonderful mix of actual critique and fart jokes. Some mild spoilers.

Then its the Good Hang Summer Movie Preview Spectacular!!!! Where Jedd, Jon, and Nathan give their thoughts on all the major films coming out this summer and beyond!! 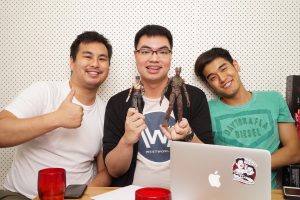